This is a demo platform aimed to facilitate the verification of UGC image and video content posted on YouTube, Twitter and Facebook. In contrast to other approaches, which attempt to analyze the media items themselves for traces of forgery, this platform analyzes the media context: The characteristics of the poster, any relevant user comments, the local weather reports at the time of the event, and other contextual pieces of information are aggregated and presented to the user for analysis. To test the service, simply copy and paste a YouTube, Facebook* or Twitter URL for videos into the box or a Facebook or Twitter URL for images, then click "Verify"

Info! You have to select type {image/video} of input

or have a look at some explanatory examples below 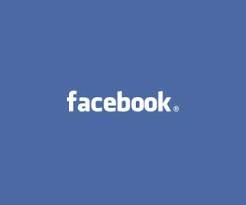 Lion Takes Revenge On Trophy Hunter. Video has been edited by Woolshed Company as part of the viral experiment project.

CCTV Footage claimed to depict the 2016 Brussels Airport explosion. The video is in truth from a 2011 attack in Moscow.

Video depicting youths vandalizing a car in a metro station in Brussels. The cry "Allahu akhbar" has been digitally added to give the impression that the youth are muslim extremists.

Video claiming to depict an airstrike against an oil storage near Khafsa Kabir. The bombing actually took place around 50km away from the location claimed.

Video claiming to depict an airstrike against an ISIS command centre near Aleppo. The location claimed is wrong, and does not correspond to ISIS territory.

Video claiming to depict an airstrike in the Lattakia province. The location reported is wrong.

Video claiming to depict a snowboarder chased by a bear. The bear has been added digitally to the video.

This video supposedly shows a young Syrian boy rescuing a girl amid gunfire. It was in truth filmed in a Malta.

× Info! Fetching more comments... Once all comments are fetched, you'll be able to perform free-text search on them.
ALL (-)
LINKS (-)
VERIFICATION (-)

No comments at the moment

Match ANY of the following keywords

Match ALL of the following keywords

× Warning! Video thumbnail set by uploader (in red border) is not present at the video. This tactic is common in clickbaiting.
WEATHER CONTEXT

All values are in UTC

*Tweets may be added outside viewport. Click 'Reset Zoom Level' to reset zooming scale and inspect all tweets.

× Info! Provides information on twitter traffic around the video, and aggregate verification information on any Retweets, calculated using CERTH's Tweet Verification Assistant. Due to retweets containing the exact same tweet text, the veracity of the tweet depends on the user profile
× Info! Only a representative sample (10) is shown.If you want to see all the tweets in the timeline graph Click here
× Info! Due to large number of tweets only 500 of them are displayed in the timeline. If you want to get next 500 Click here
Timeline of Tweets

Wind speed is caused by air moving from high pressure to low pressure, usually due to changes in temperature. Beaufort: More

Cloud cover values only vary by 0.03 from year to year, whereas the local, day to day variability in cloud amount typically rises to 0.3 over the globe. Most data sets agree on the fact that the land is covered by 0.10-0.15 less cloud than the oceans More

General information about the video and the channel it was uploaded, extracted from its YouTube context. For values that are not provided, the corresponding fields are left blank.
NOTE: Video Upload Time is in GMT.

These are all the comments that appear under the video. User name and date/time are provided. Comments are further filtered into Verification-related comments based on the presence of verification- related keywords, such as “fake”, “confirm”, or “location”. Free-text search with keyword(s) is provided.

These thumbnails are produced automatically by the video platform (YouTube or Facebook, respectively). There is a fixed number of them, as decided by the platform, extracted by regular time intervals through the video. Click the "Reverse image search" link to run an image-based search through Google.

Weather information, provided by Dark Sky. You can contrast the historical weather data for the time the video was supposedly shot, to the weather displayed in the video. Suggested location names and date-times are extracted from the contextual information, but if these values are not correct, you can manually provide your own. If a specific time is given, the service provides the weather at that time. Otherwise, it provides an overall report for that day”.

Provides information on twitter traffic around the video, and the possibility to perform further verification using the Tweet Verification Assistant

Statistics of the credibility scores of Tweets sharing the video.

Pages with a large number of followers can be manually verified by Facebook as having an authentic identity. This field indicates whether the page is verified by this process.

Indicates whether the video is available in 3D or in 2D.

Indicates whether the video is available in high definition (HD) or only in standard definition. Valid values for this property are: hd and sd.

The last time the video or its caption was updated.